Update 4.10: About Page and 64-bit Update for Google Play 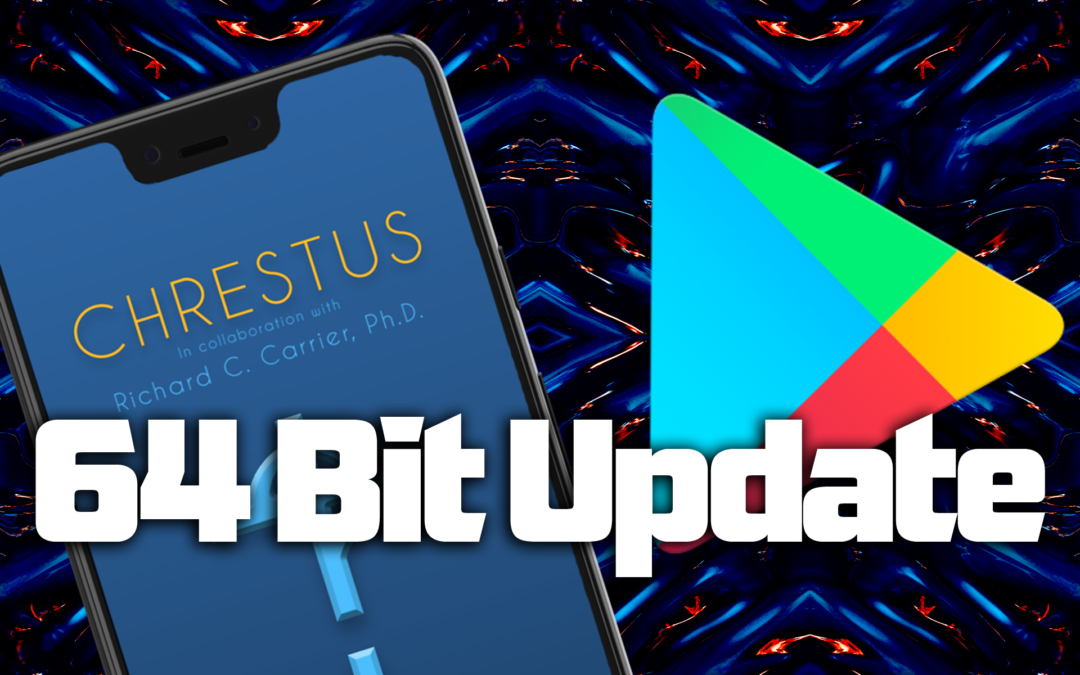 An update went live early in July where we added support for 64-bit android devices. We are still working on getting an iOS update through on the Apple platform but we wanted to get some things rolled out specifically to the Google Play store. The 64-bit is a new requirement on the Google Play platform as of August 1 2019.

Starting August 1, 2019, your apps published on Google Play will need to support 64-bit architectures. 64-bit CPUs deliver faster, richer experiences for your users. Adding a 64-bit version of your app provides performance improvements, makes way for future innovation, and sets you up for devices with 64-bit-only hardware.

Currently, the Google Play version of the application is the most up to date version of C.H.R.E.S.T.U.S. but that will soon change with update 4.11.

We didn’t really focus on bug fixes for this update although we did fix a couple of things. We updated the about page to reflect the change in ownership and we fixed a section on the parallels between Jesus and Moses.

We will be adding more fixes in the coming updates this year as well as working on a newer version of the application with a search feature, bookmarks, and more content.