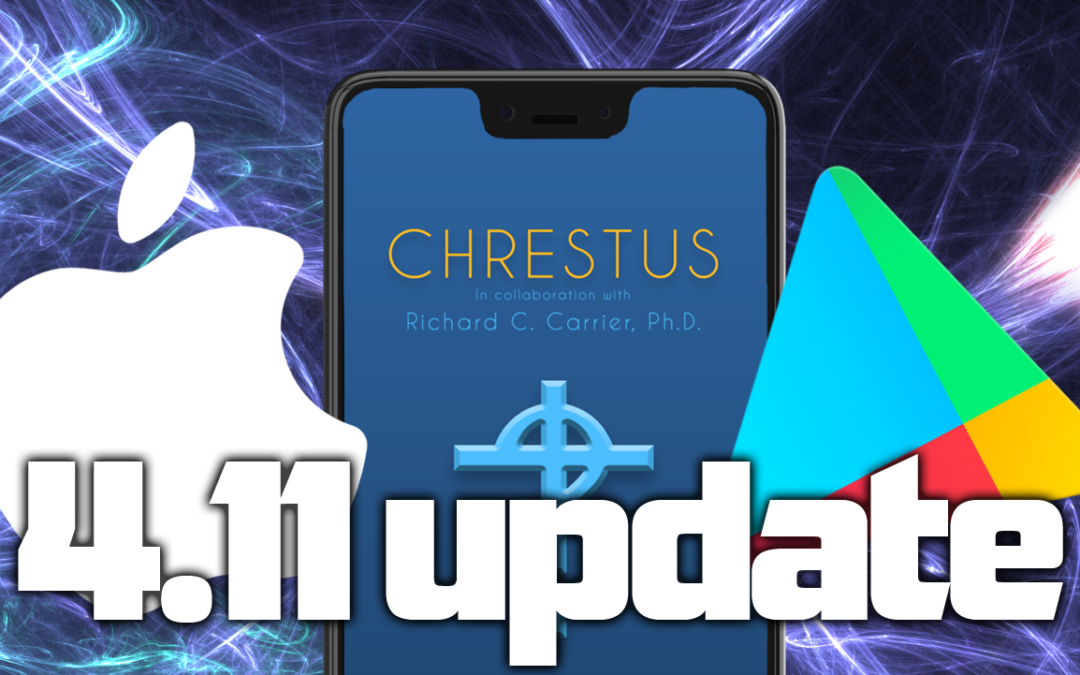 This is a big update to the application. There hasn’t been an update on the iOS App Store since last year. There were several updates in the pipeline but never got released. This will include all those previous content updates and bug fixes.

** WARNING: YOU WILL NEED TO UNINSTALL AND REINSTALL THE APPLICATION **

This is due to the change in ownership and publishing account. It has a different identification tag and will not update.

We have fixed a couple of issues that was noticed by the dev team in the reviews of the application. The “Good Mythpologists” and “Jesus/Moses Parallels” have been fixed and no longer render the application unnavigatable. Also, links were broken at some point and we fixed it by utilizing regular expressions rather than basic string matching. We have also had to update to DOTween for screen transitions. This has caused an issue that is dicussed below. We needed to do this because the previous “tweening” library caused issues with the current iOS platform.

Since integrating DOTween as our transition library, the screens do not transition as smoothly as they once did. The original screen will just disappear instead of sliding off while the other screen is slid into view. We are currently working on this issue and will be resolved by the September 4.12 update.

Bug Fixes and Known Issues are the same as above. The July 4.10 update that is currently live includes some of the bug fixes already mentioned. The “Good Mythpologists” fix is included in this update.

Thank you for the continued support!